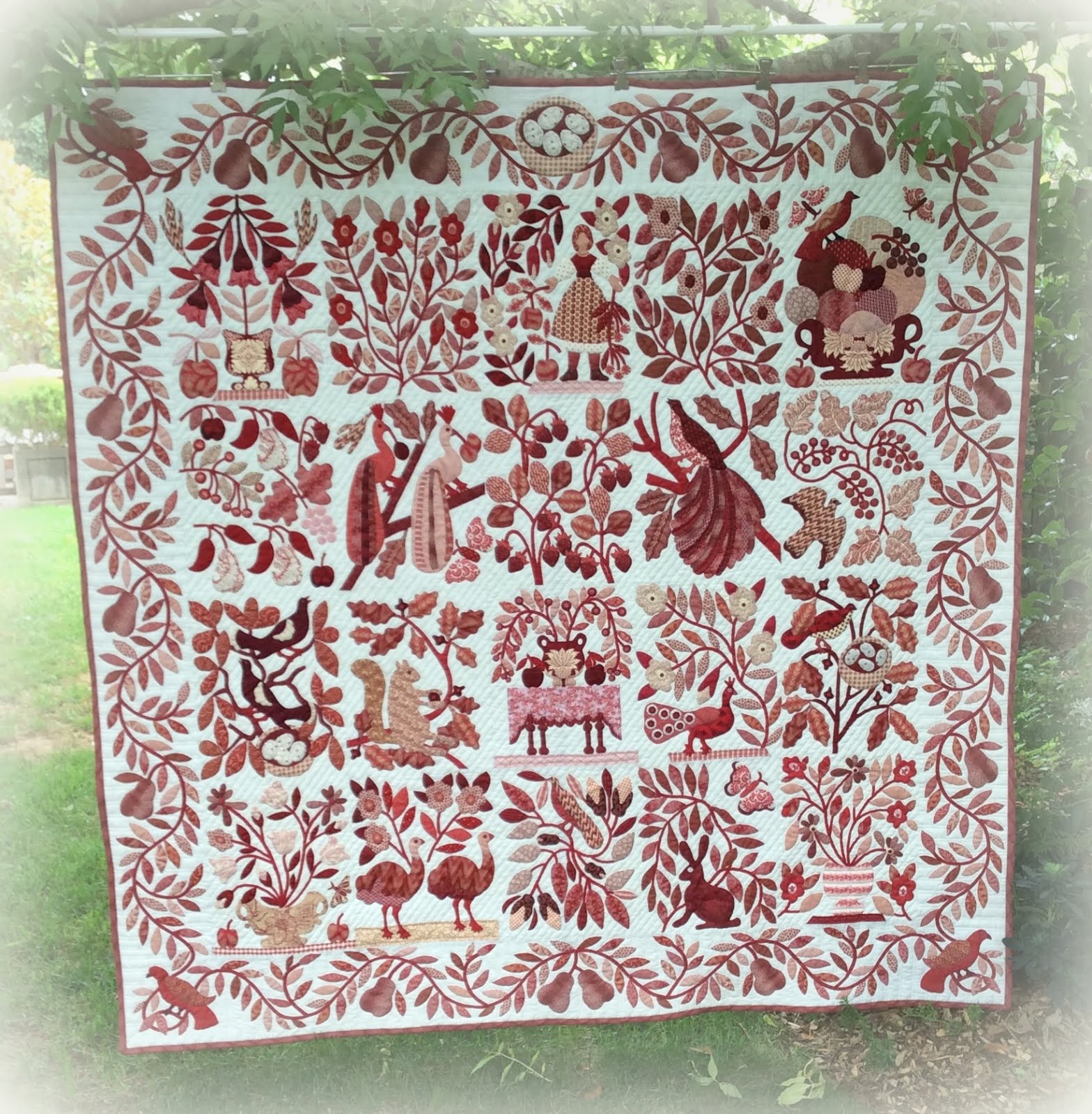 It measures approx 170cm (67 in) by 173cm and is hand appliqued and hand quilted. Most blocks are from the Threadbear pattern but I made some changes and substitutions, a squirrel here, a rabbit there and this fruit bowl block. 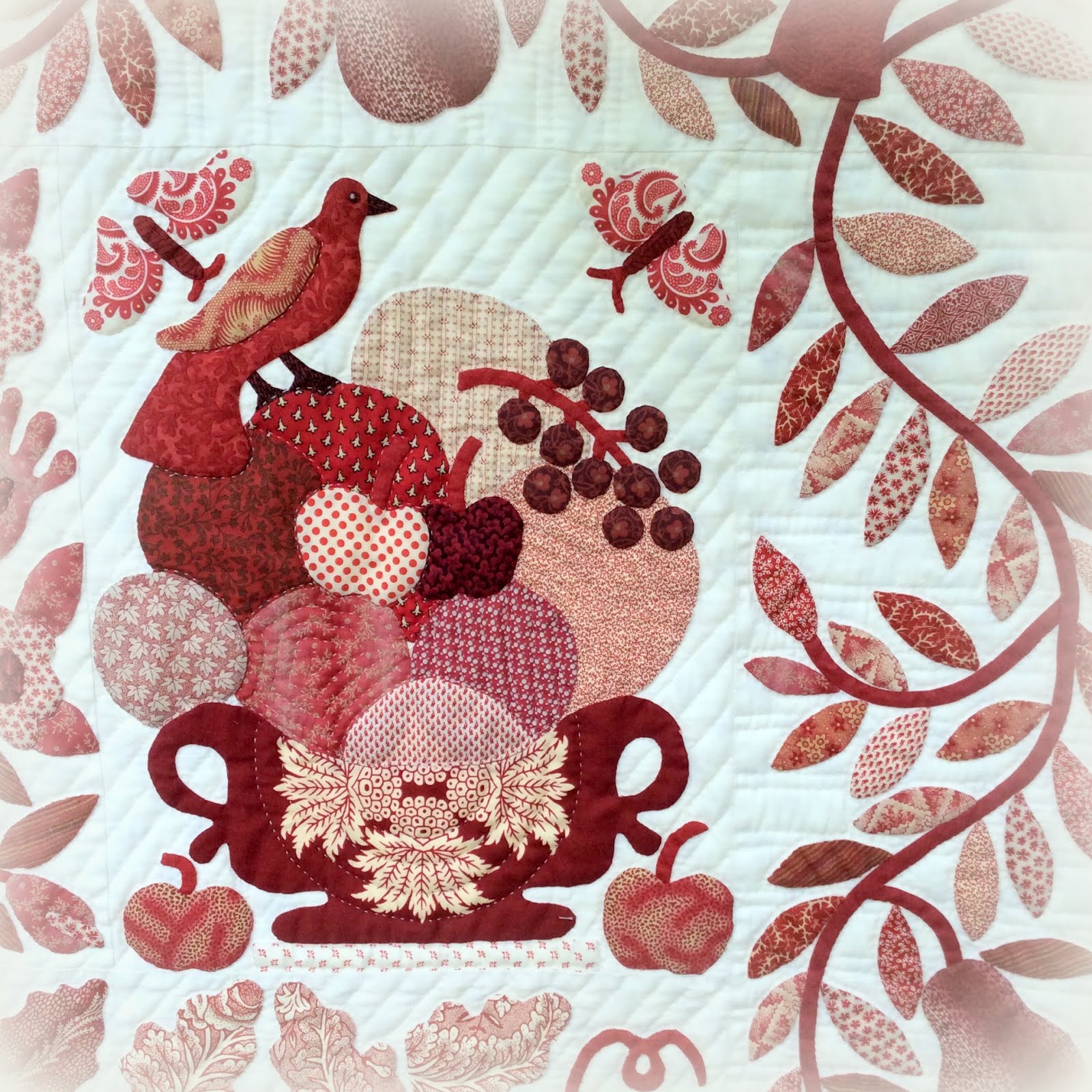 I just  had to have that fruit bowl from the antique quilt so had a go at drafting my own . Here is a pic of the antique quilt that inspired us all (in the  book "Treasury of American Quilts") and the 2009 Threadbear pattern next to it. 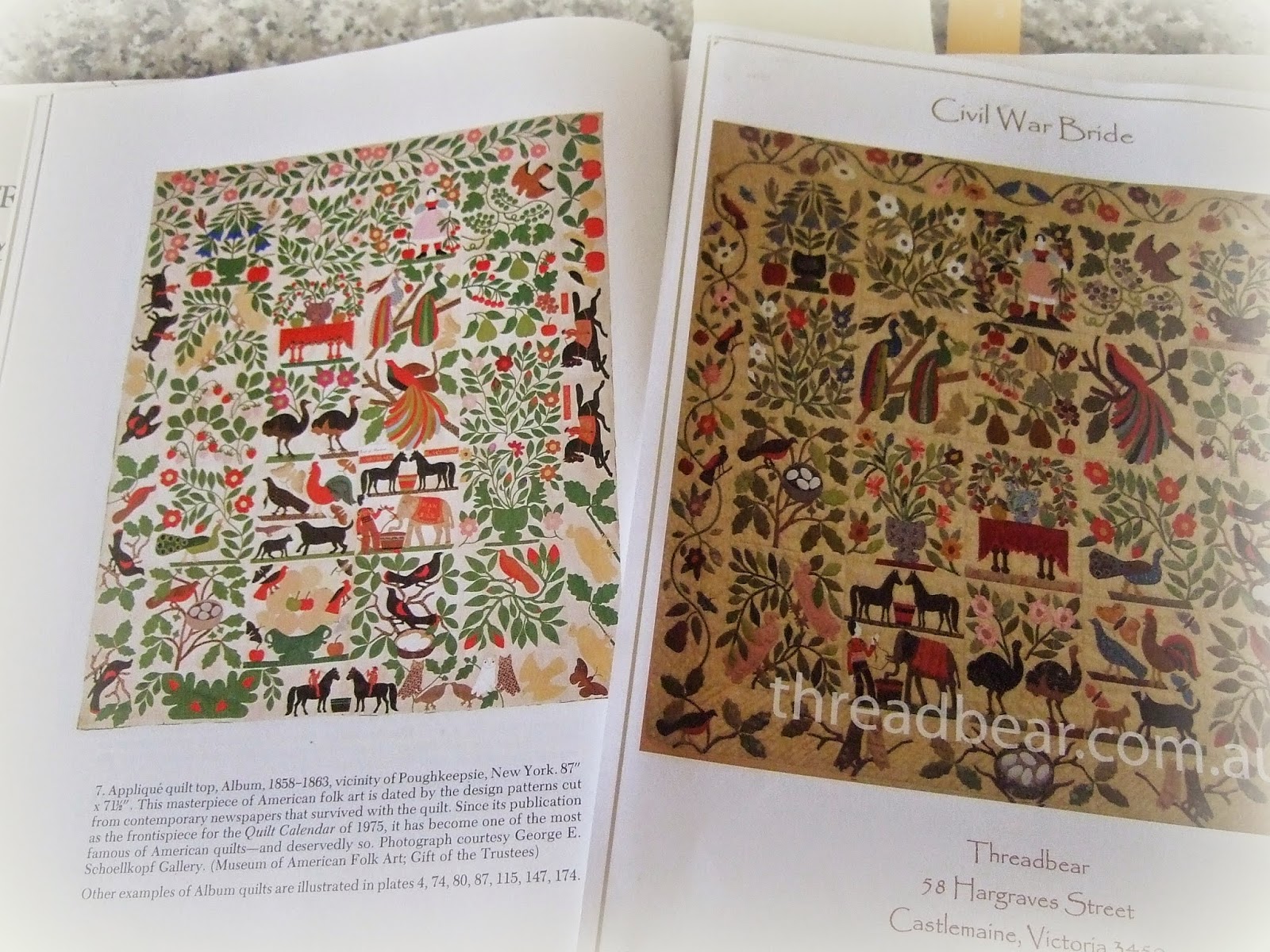 I also drafted my own border but included some elements from within the pattern blocks - like pears, birds and this nest. 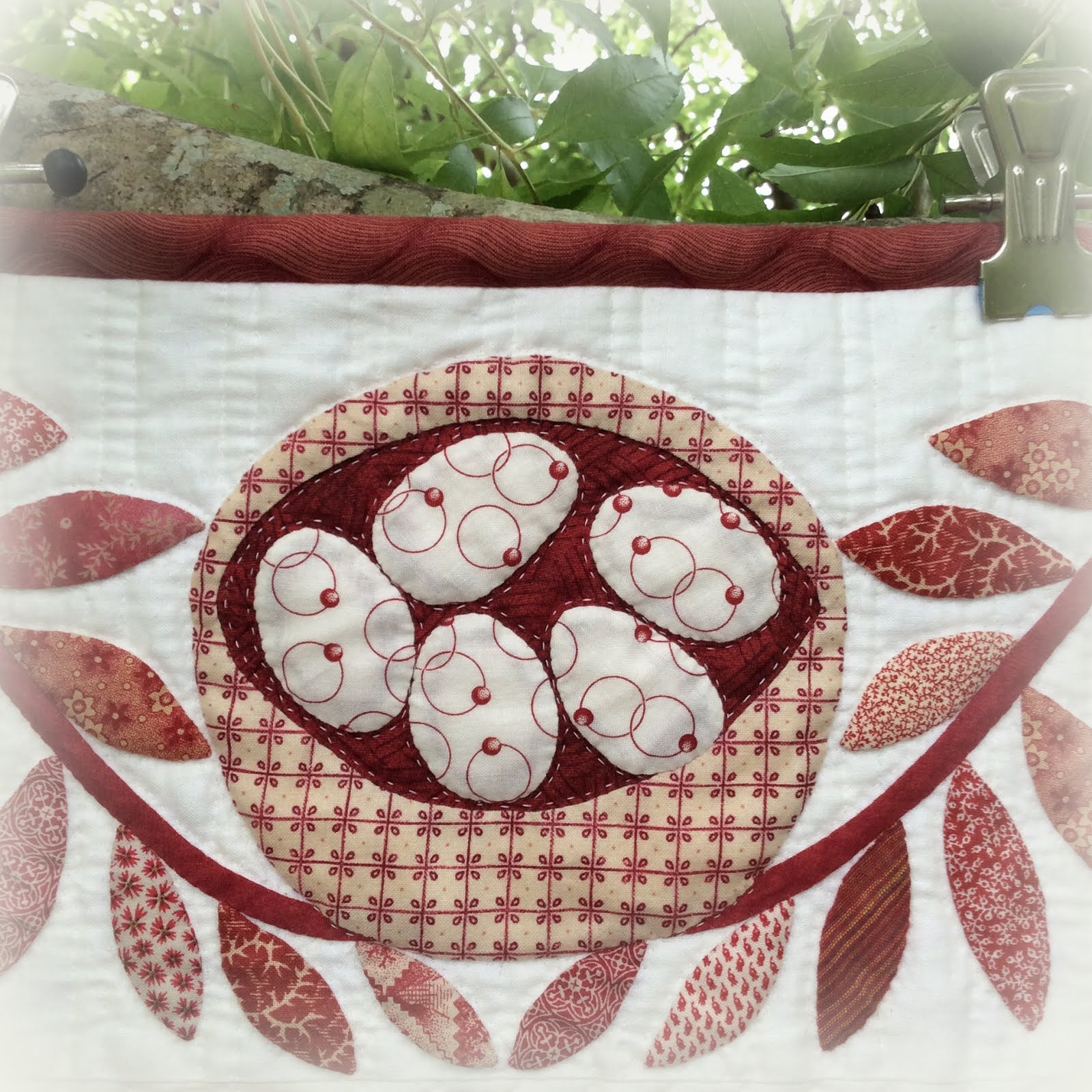 I really enjoyed the process of adding my own elements, but also loved selecting the fabrics from my substantial moderate stash of reds. See ...Stash Building has its own rewards! But I expect I am preaching to the already converted? 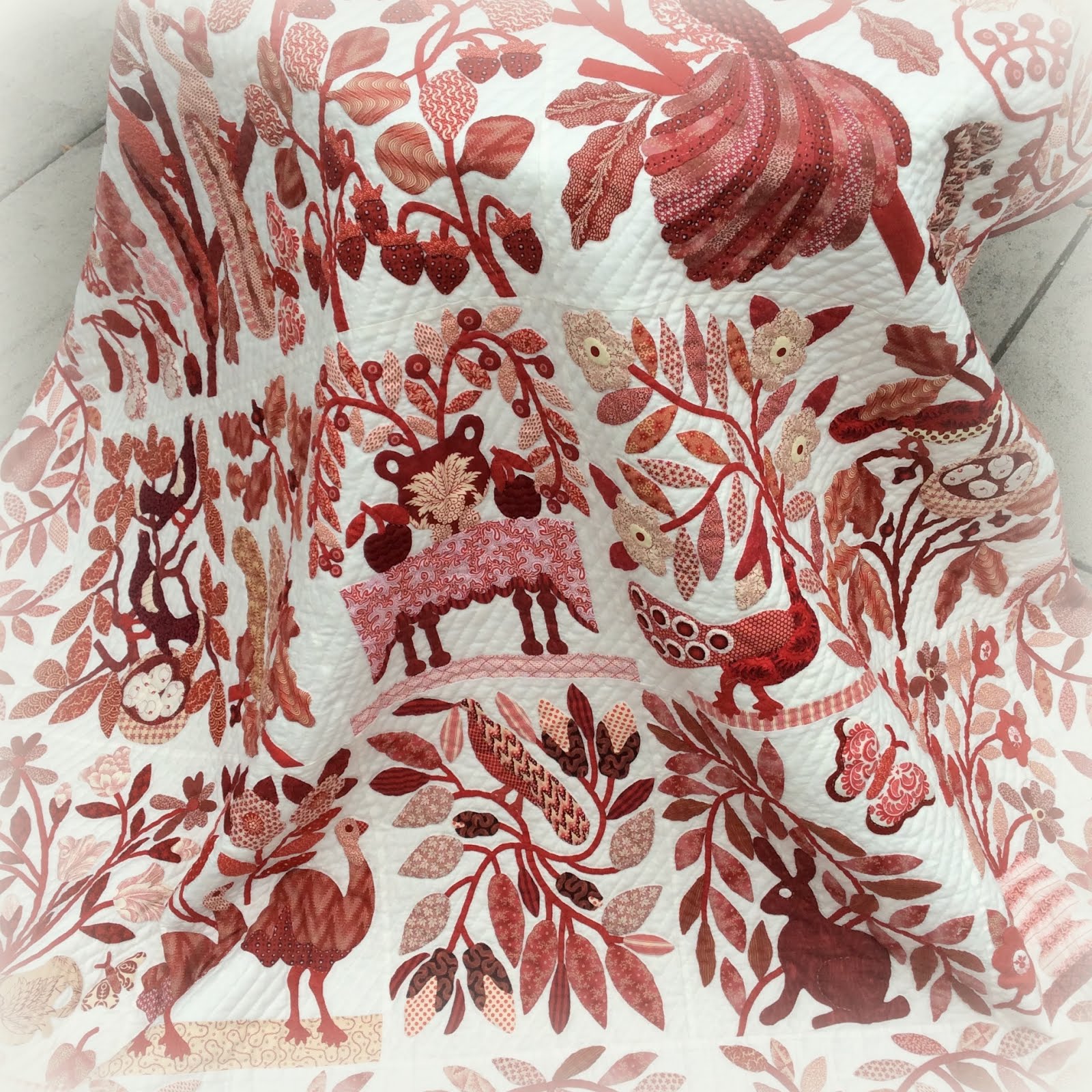 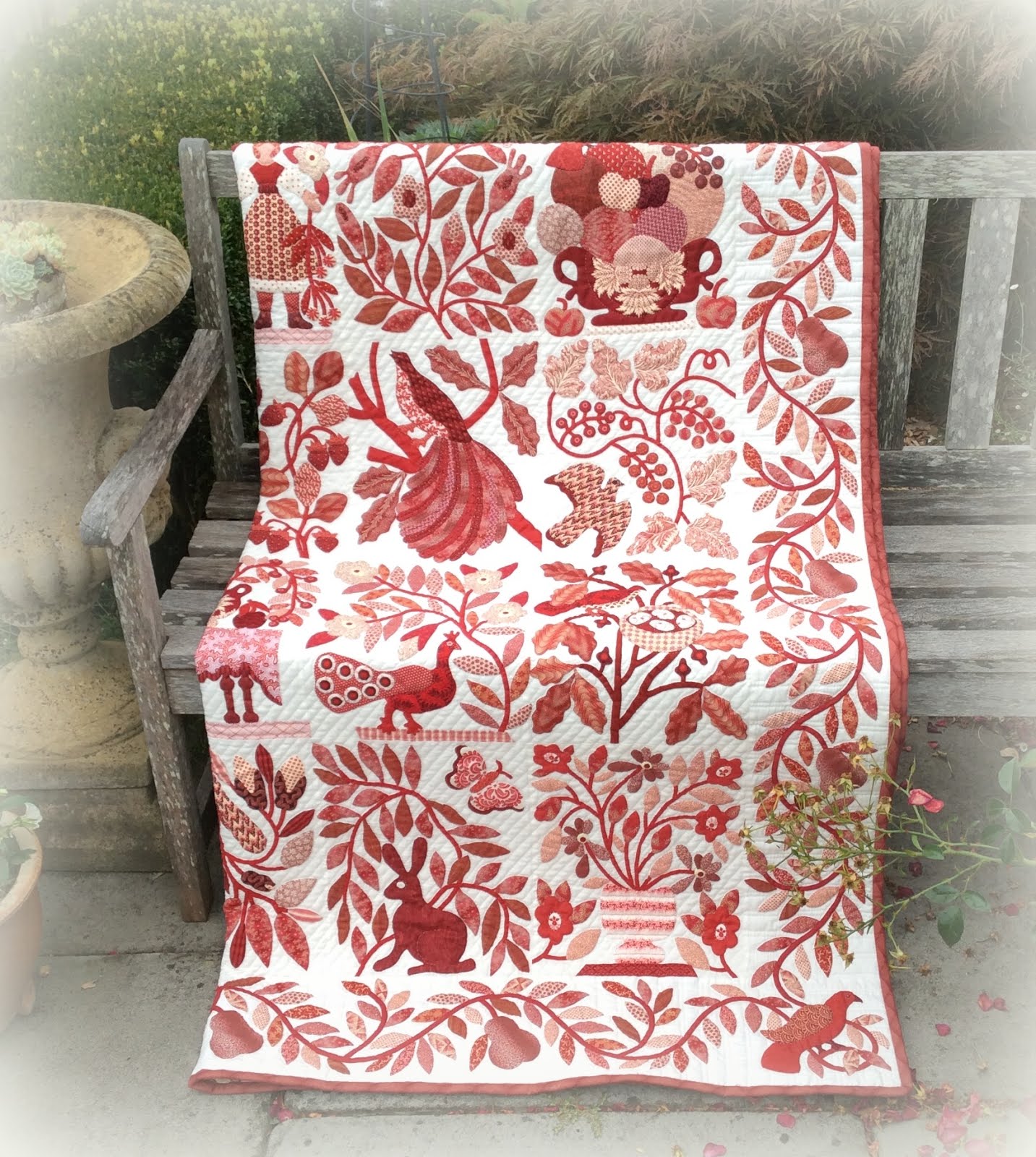 A couple of pictures that I never shared of the end process after quilting... 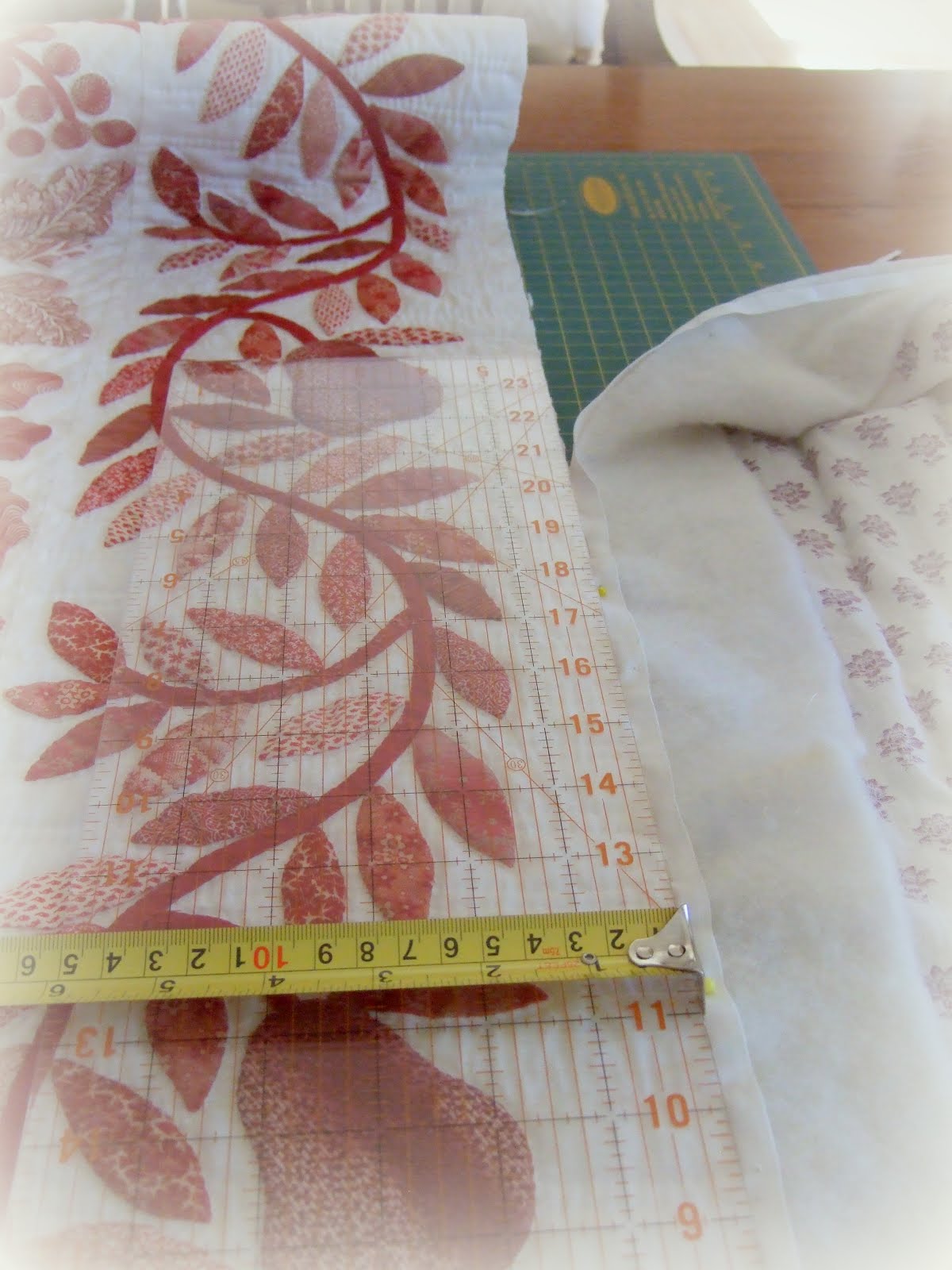 The scary part where the edges got measured, squared and trimmed. Imagine one slip and off cutting through the hand quilting - eek! 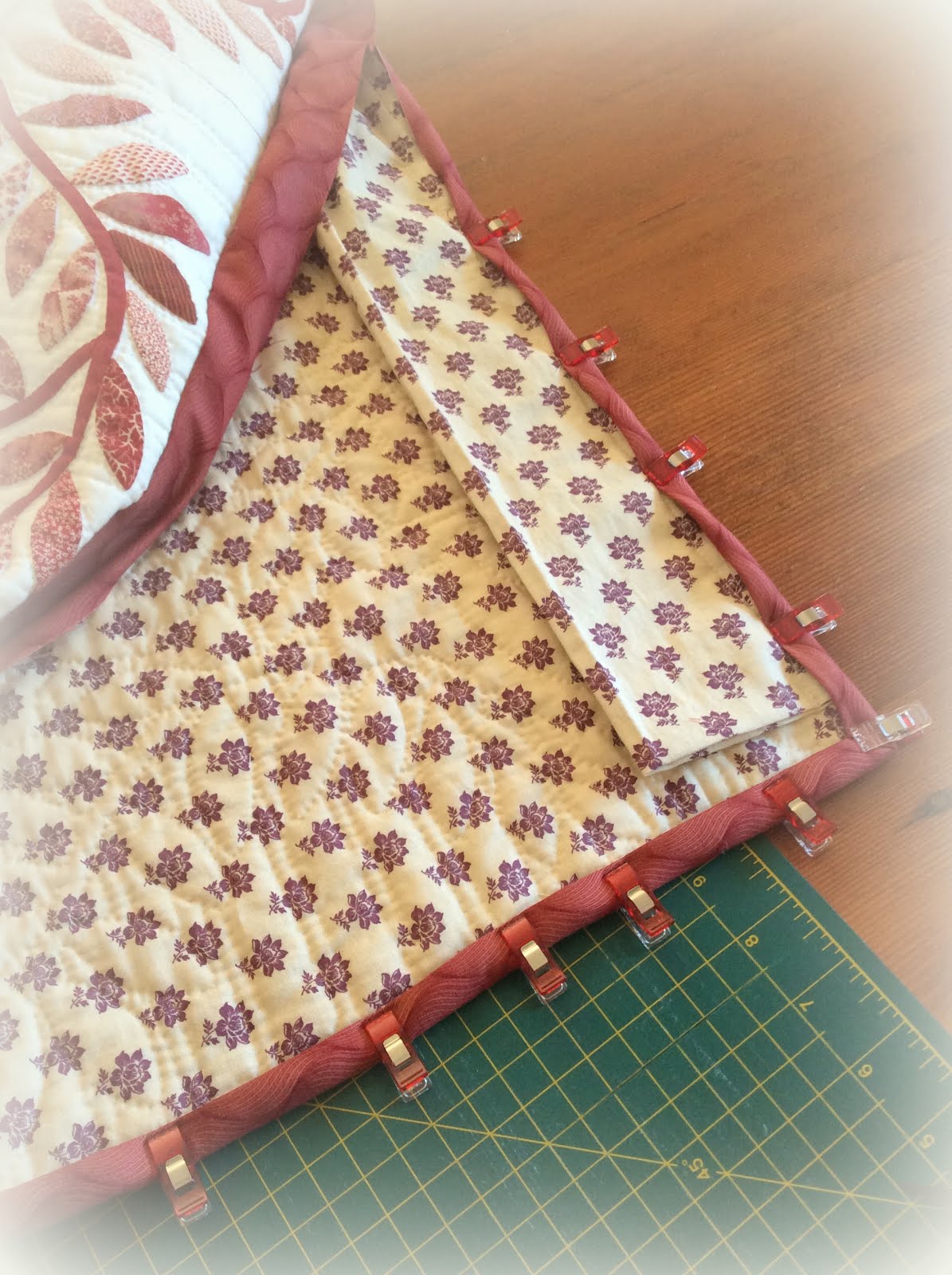 And where is the quilt now? I have to admit to being a complete coward and not washing this one as yet (visions of all the reds running riot). I think I'll just enjoy it on the wall for a while! I had a reshuffle of quilts around the house and it is now hanging in a hall opposite Lucy Boston... 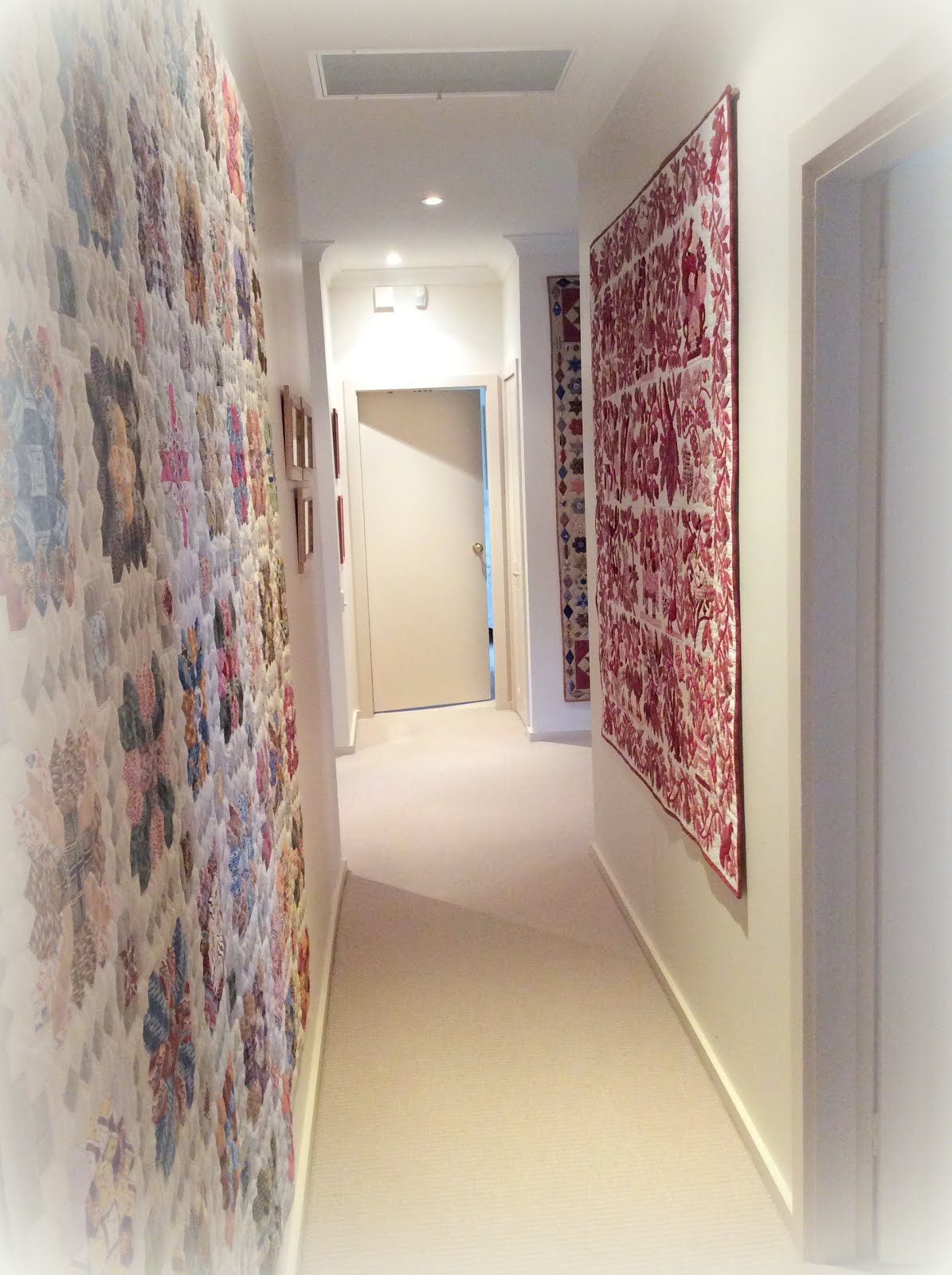 ...and around the corner from my Folk Art Basket quilt... 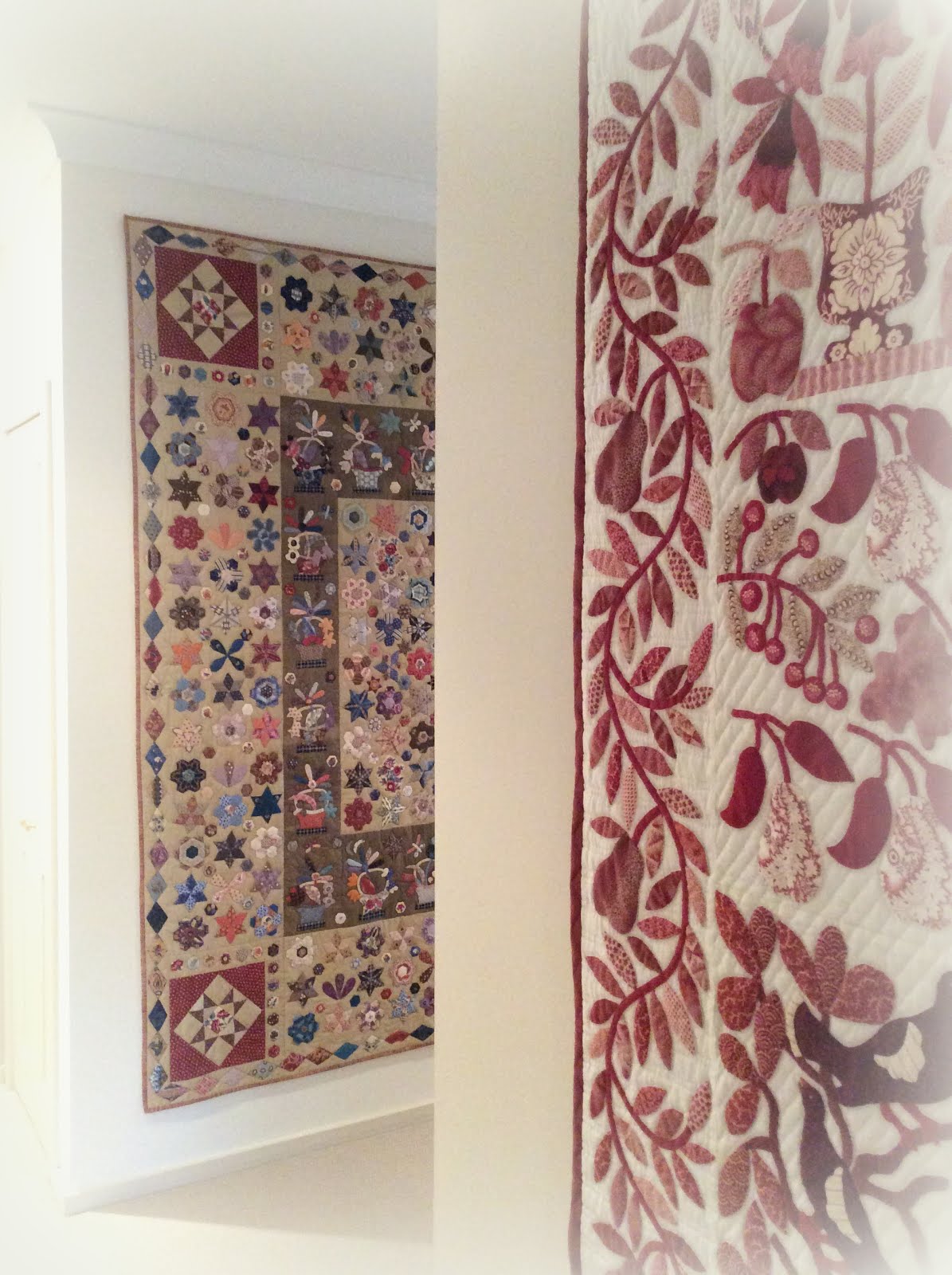 ...and others are now taking a turn resting here... 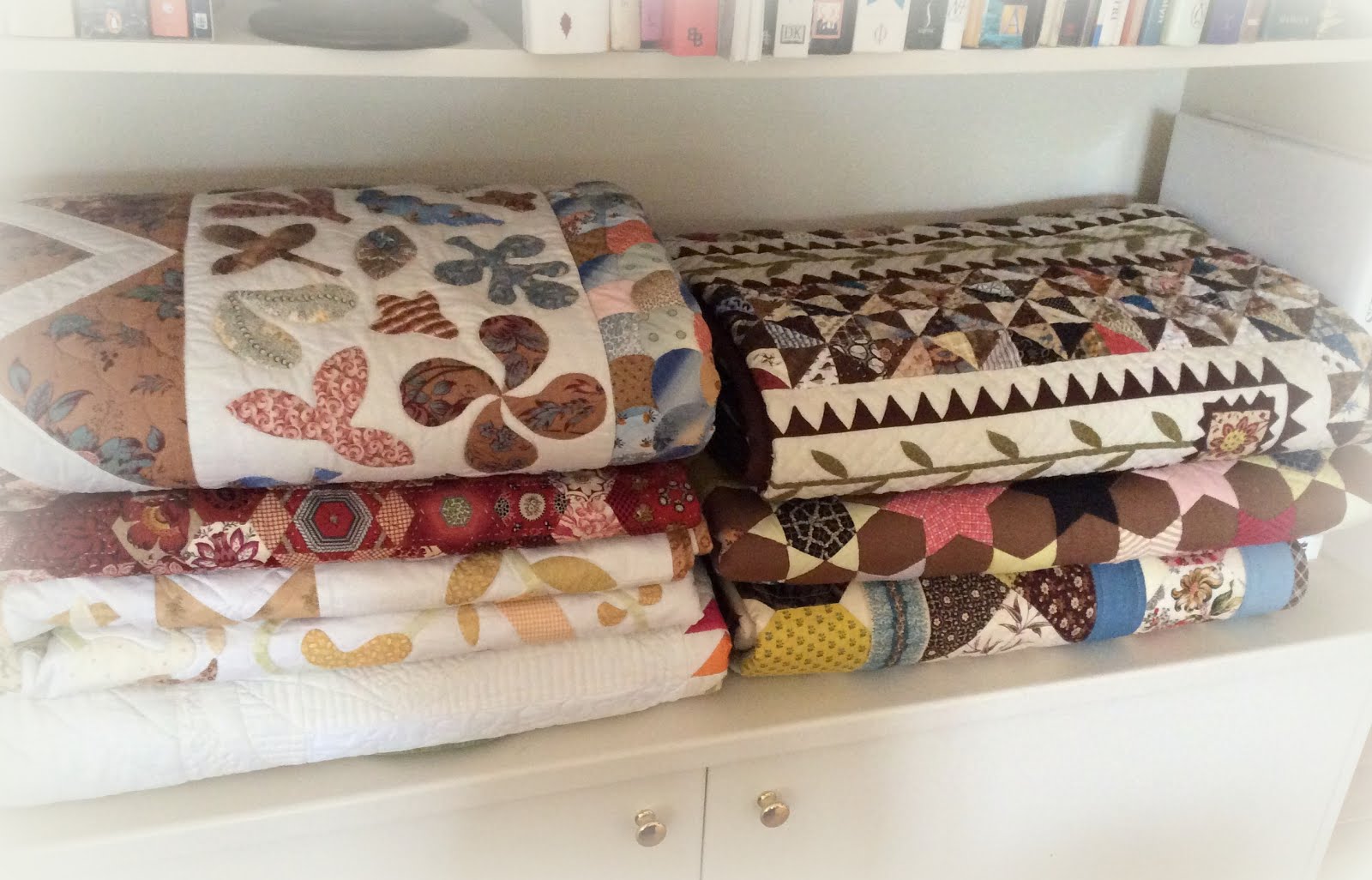 Talking of Threadbear patterns...I've just received Corliss Searcey's Celebrating Mary Brown pattern and keep looking at it. It is huge and so inspiring! Anyone starting it? Just asking ...

The Southern Highlands Quilters put on a great biennial show last weekend - a feast for the eyes and lots of good shopping. It seems to get better every time and so nice to have a Show that is local for once.

Collages of different favourite quilts for judging in the Show - : 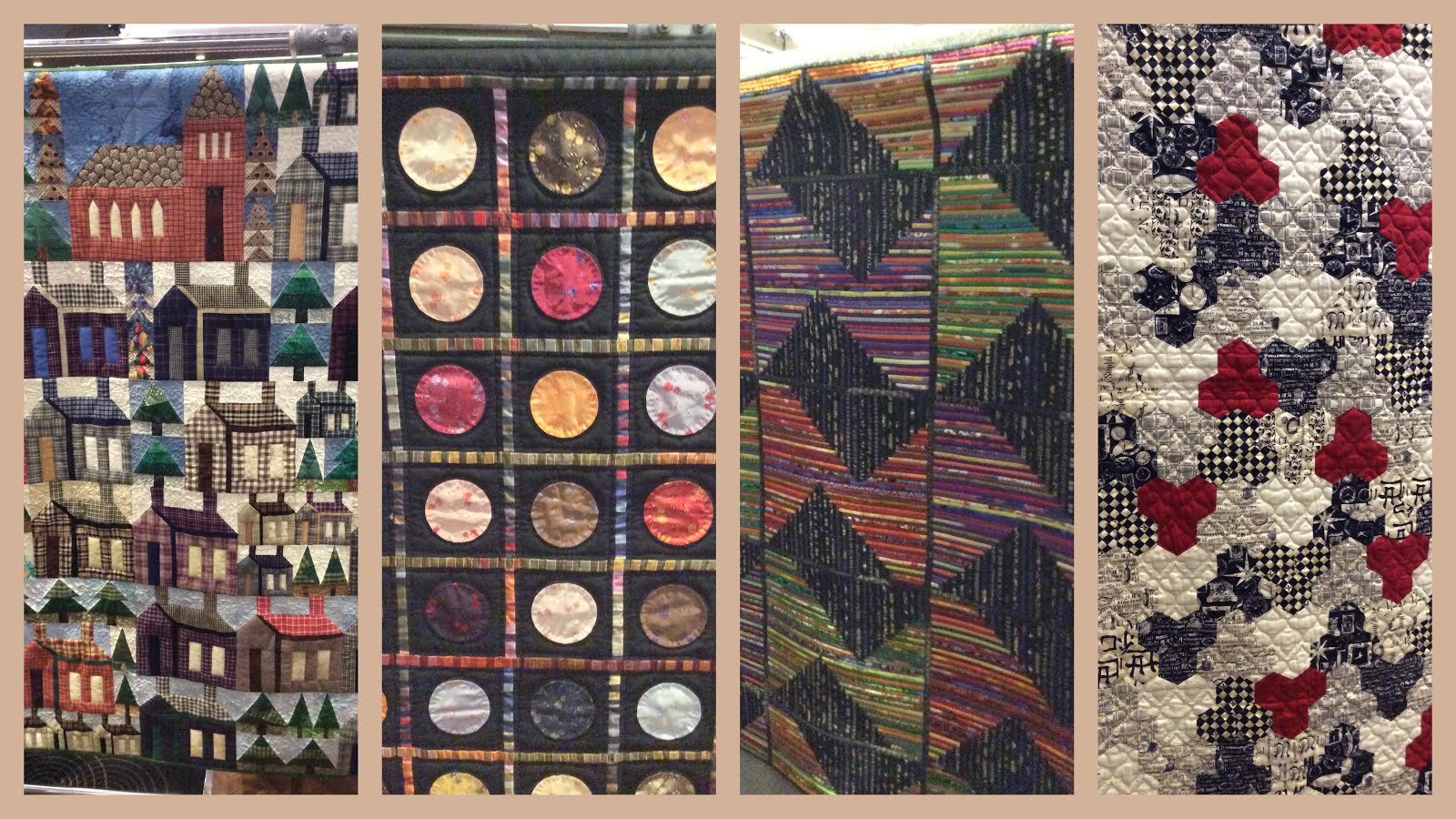 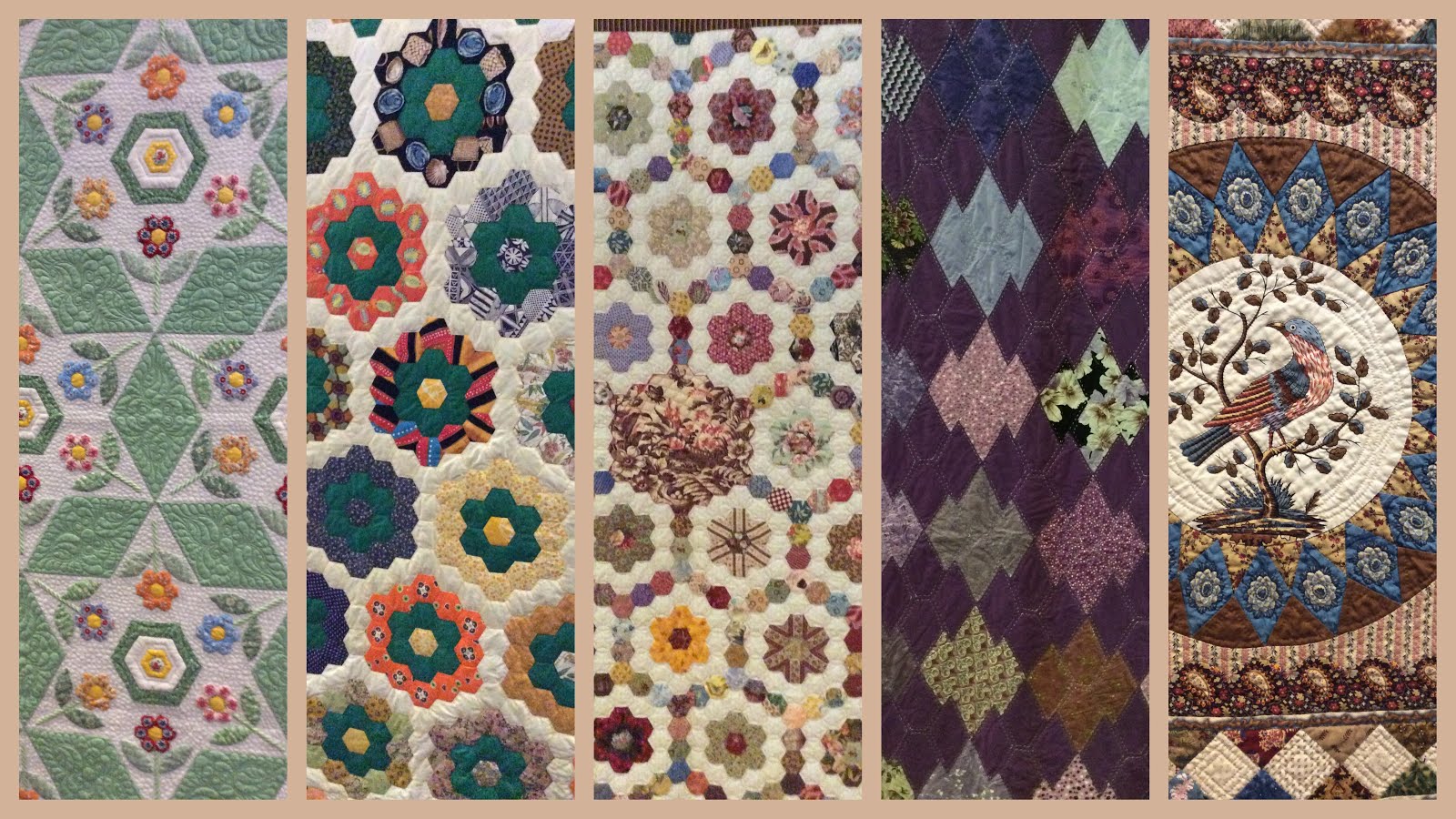 If I had another lifetime I would love to delve into embroidery. But this one is just too full of quilting!
Posted by Every Stitch at 12:01